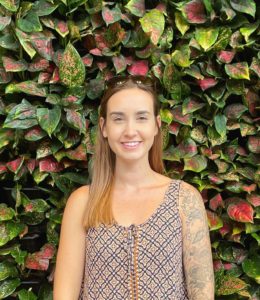 I’m Cat Gadzinski! I was born and raised in Virginia Beach, and I’m so lucky to call this amazing place home. I studied Studio Art and Art Education at James Madison University, then returned home and started teaching for VBCPS. I currently teach middle school art at Old Donation School! Teaching art is amazing because I can challenge my students to push their creative boundaries and encourage them to explore new techniques and materials. I like being the teacher that encourages them to express themselves in a healthy way. Art has always been an escape for me, and I want my students to feel the same way. I look forward to starting my first large scale mural, and I can’t wait to tell my new students about this experience in the Fall! 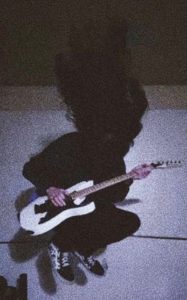 My name is Evan Lindbergh. I’ve been in the gifted art program since elementary school. I currently go to Kellam High School and I will be a senior this year. I’m in a band and play guitar. I really enjoy making art anyway I can. 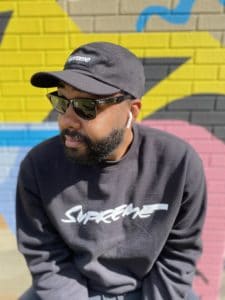 Marly McFly is a self-taught artist from Newport News, VA.  He began pursuing his passion for art as a child drawing everything from cartoons, comics, action figures and athletes. Drawing influences from his surroundings, he incorporates the ever-changing world of pop culture into his work, expressing his inner thoughts and experiences.  These are captured through layers of bright bold colors and patterns coupled with popular and relevant images from his childhood which are utilized to express himself. His work is the perfect mix of two prolific genres of contemporary art; pop and urban street art and has successfully exhibited in major international markets including New York, Paris and Tokyo, to name a few. 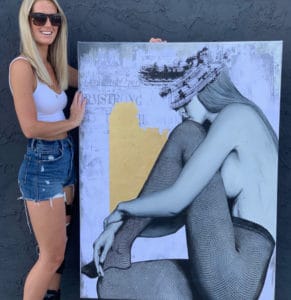 Mural at Barrel 17 on Mediterranean Avenue

Abby Pawley is a locally recognized and self taught artist based in Virginia Beach. She started her artistic journey at only five years old. Her mother says that “I knew she was artistic at a young age because she use to draw people’s heads very big and was very consistent about it”. Growing up she excelled at drawing but found her true expertise with oil & acrylic painting when she turned 18. She never had any formal training besides basic high school art classes. She was discouraged at a young age when she was denied to an art academy, and credits her elementary school custodian Mr. Nunnally for the encouragement that pushed her to keep working hard.In the small town of Virginia Beach she is very well known for her commissioned acrylic work on decorative surf boards. She has sold many boards that now hang in beach houses, restaurants, and even Maddux Orthodontics office. She has gone outside of her realm and won the 2019 beer label contest at Back Bay Brewing Company. Although she excelled with her surfboards she discovered a burning passion creating realistic oil paintings of female anatomy. She wants to make a statement with her provocative oil paintings, that women’s bodies are temples that should be hung on walls to be admired and not objectified.She seeks inspiration in the people around her and often uses her own friends as models for her paintings. She has attended a plethora of local shows and auctioned off pieces of her work for charity in Virginia Beach.  She hopes to expand her exposure to areas such as Las Angeles, New York City, and Washington D.C. 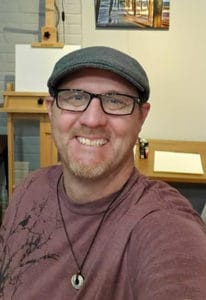 I graduated from Princess Anne High School in 1988. I then followed my passion for art to East Tennessee State University. I received a degree in graphic design in 2002, I have worked in the sign industry for 20 years.  Art  is a passion for me, not just a job. Creating informative and unique art is a challenge I always love to take on. My art is a blend of photography, painting and computer graphics because I like to combine modern technology with traditional art forms. Currently, my work is at The Artists Gallery and at local art shows. 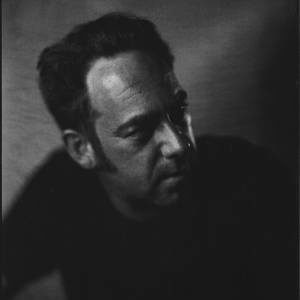 Dustin Spagnola is a contemporary visual artist and painter, whose current work explores portraiture, the human form and light through the mediums of both spray paint and oil. His work ranges from fine art on canvas to larger-than-life murals, each one informing the other. His work has been shown nationally and internationally. 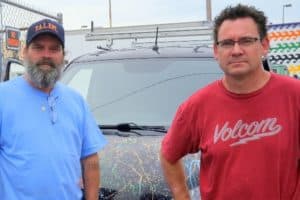 Brothers with unique artistic styles and abilities, Todd and Eric Lindbergh are a force in the mural industry. With over twenty years experience conceiving, designing, and executing over one thousand murals, they continue to surprise their clients with exciting and innovative ideas. Creating murals for both public and private enterprises, Todd and Eric pride themselves most on their tribute murals painted for the military, police, and firefighters. www.muralsbytalent.com 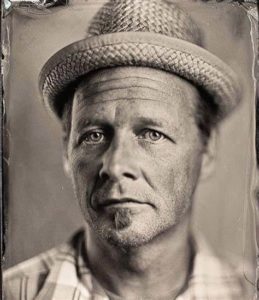 Ed Trask, after growing up in Loudoun County VA, left his rural existence, moved to Richmond VA and enrolled into the Virginia Commonwealth University’s painting program. While in school he spent every waking hour playing music in the mid 80’s Richmond punk scene and painting. By his third year in school, after many attempts to get gallery attention, he decided to make the many dilapidated buildings surrounding his school his gallery. Paintings were painted directly on buildings, or done on boards and screwed onto the buildings illegally until the city was covered. In 1992 Ed graduated with a painting degree and moved to Washington D.C. where he started touring with Dischord records band the Holy Rollers, and continued to paint illegal murals all over the world. Three years later he moved back to Richmond to join the band Kepone . While the demand for his paintings started to grow, he figured he should start a gallery and make a go at mural and sign work. Since then the work has never stopped flowing in, and Ed’s paintings and murals have been collected into many permanent collections including Gap, Capitol One, Dominion Energy,  Fortune Magazine, N.B.C. Altria,  Media General , Old Navy, Virginia Museum of Fine Art .Ed is the cofounder of The RVA Street art Festival and has worked on community mural projects throughout the world . His studio is in Richmond  where he lives with his beautiful wife and two children. Ed Trask was an instrumental mentor to the ViBe Creative District volunteers as Virginia Beach’s arts district was established back in 2015-2016. 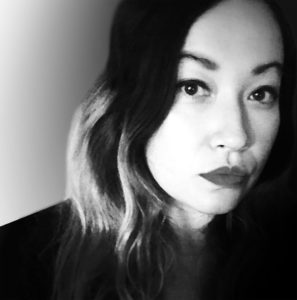 The women in her family has been a pillar for resilience and positivity through the years in her life. Helping to push the boundaries of Asian cultural identity. Now it is even more imperative to evolve this background into the current art energy. The work is about harmonizing eastern and western cultural references parallel with nature and life. The style of repetitive pattern comes from a meditative intention. Often inspired by music, stories, memories, muses or conversation landscape from the community.

She is both excited and grateful to have over 20 years of experience creating work in Hong Kong, Taiwan, New York, and Coastal Virginia. 30 murals have been created so far. Including residential, public art installations, Neon Norfolk and Vibe District. She is a Parsons School Of Design Graduate. Victoria resides at the Ocean Front with her daughter Ellie and runs Butterpop Art Studio from Annex Co-Working Space.

THANK YOU ARTISTS FOR SHARING YOUR TALENTS WITH OUR GREAT CITY!